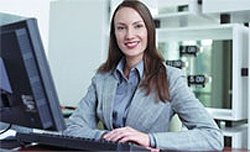 The city of Manchester is the seventh most populated district in England, with an estimated population of 484,000. The property market in this city is always growing as even though the population is local residents, it also highly consists of students. A lot of the property in Manchester is newly built and mostly high risers which are rapidly growing. The growth is from the city centre to the remote areas, with a lot of cranes to been seen which is an indication of new high risers.
The independent mortgage advisors in Manchester do have a broad range of types of properties to find mortgages on and with so many upcoming properties a lot of newly built property mortgages.
In recent times areas in greater Manchester like Salford and Rochdale have received millions of pounds of investment. A proposal to start a zero carbon building project near Piccadilly station with around 5,000 homes in Salford. The Rochdale area is going to see millions of pounds investment over the coming year because of an agreement with AGMA and HCA. The two have agreed to an investment to for regenerating and housing of three hundred and seventy million.
A thirty million funding for Greater Manchester is funded by the Local Investment Agreement, and part of the funding will be given to Rochdale, which will help providing homes for rent. The agreement has also proposed an investment for the Housing Market Renewal of twenty eight million.
Due to large investment pumped by Local Authorities the City of Manchester is seeing a great change coming its way and with the general public now becoming aware of the future uplift to the city, many private investors are keen adding this to their portfolio.
With so much property being introduced and buyers interested, the demand for independent mortgage advisors are continuously growing. The city of Manchester is a location which is one of our main strength, which means that when looking for an advisor we’ll be sure to be able to deliver advisors with local knowledge and experience. To get in touch with an advisor just fill in the form below.